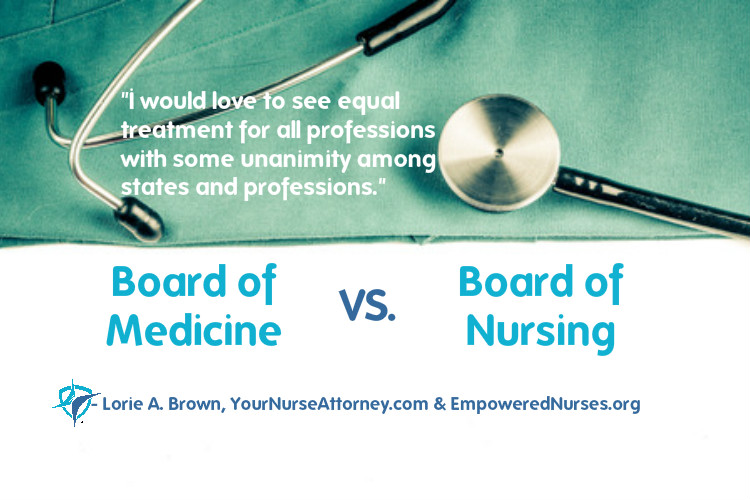 For the past 25 years, I have represented clients before both Medical Licensing Boards as well as Nursing Boards.  What I have noticed during that time is that there are significant differences between the Boards.

The first difference is the volume of matters.  The Nursing Board handles a much larger number of cases than the Medical Board because, obviously, there are more nurses than physicians.

But here are some interesting facts.  The Medical Licensing Board in Indiana defines “professional incompetence,” under Indiana Administrative Code 844 IAC 5-1-1(15), as “Professional incompetence may include, but is not limited to, a pattern or course of repeated conduct by a practitioner demonstrating a failure to exercise such reasonable care and diligence as is ordinarily exercised by practitioners in the same or similar circumstances in the same or similar locality.”  Therefore, in order to be disciplined regarding professional competence by the Medical Licensing Board, there needs to be a pattern or course of repeated conduct.

However, the Nursing Board has chosen to not define professional incompetence.  Instead, it defines “competence” under 848 IAC 2-1-2, section 2, as “Competence means performing skillfully and proficiently the functions that are within the role of the licensee and demonstrating behavior that is consistent with the interrelationship of the central knowledge, judgment and skill.”

So … what does all this mean?

It seems to me, based on my experience, a physician is not disciplined unless there is a pattern of conduct.  When I used to work at the Indiana Patient’s Compensation Fund to determine excess damages in medical malpractice cases, there was a physician who had 3 similar cases before the Fund at the same time.

I kept asking the Medical Licensing Board when they would be doing something about this behavior.  Yet, nothing was ever done.  Unfortunately, the physician passed away after all of this happened.

In my experience with the Nursing Board, if there is a single event that even occurred a while ago, like a med error, action will be taken.  It seems that the Medical Board does look out for their fellow physicians whereas the Nursing Board is more concerned about public health and safety.

In Indiana, if a physician cannot get medical malpractice insurance through the normal means, there is the Indiana Residual Medical Malpractice Insurance Authority which provides insurance to those physicians.

In most states, once action is taken against your license, it is permanently on your record except for 5 states,  in which case after a certain period of time elapses, that information can be expunged.

Although the National Council of State Boards of Nursing attempts to create uniformity among the various Boards, we have a ways to go in that respect.  I know the compact states have more uniformity.  This is an endeavor where nurses can practice in several states with one license.

I think there needs to be a middle ground between Nursing Boards and Medical Boards and I would like to see that there be consistency among Boards.  For example, if a physician has a DUI, in my experience, the Medical Board does not take action against the physician’s license but, in contrast, the Nursing Board will place that nurse in a peer assistance program and put their license on probation.

I would love to see equal treatment for all professions with some unanimity among states and professions.