You are here: Home / Employment / Can The Nursing Board Take Away My License? 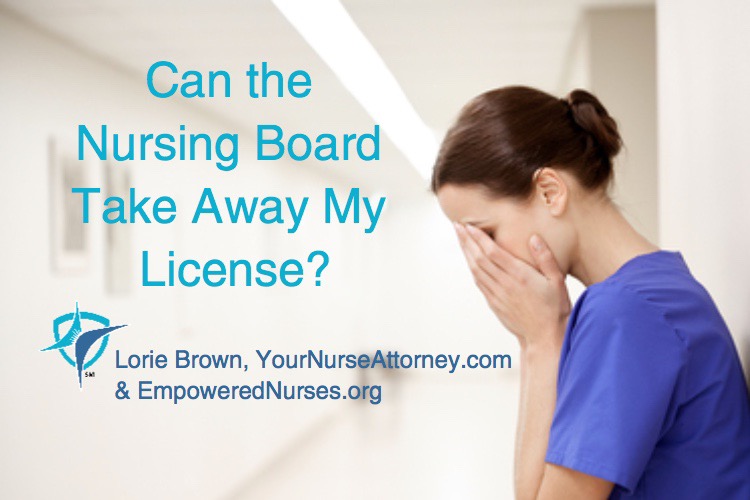 One of the questions I am most frequently asked by nurses is whether the Board of Nursing can take away their nursing license.

Unfortunately, the answer to that question is “Yes.”  The license can be taken away temporarily or permanently.

The temporary process is called “emergency suspension”.  Unlike in a civil court where there are rules in place to prevent evidence that may not be accurate or trustworthy from coming in, administrative law allows the admission of hearsay, an out of court statement offered to prove the truth of the matter.  Therefore, a piece of paper that says you did something could be used against you, even if you deny it.

Note that your license is a privilege and not a right.  To take away your license temporarily, you must be shown to be a clear and immediate danger to the public.  Yet, again, if there are letters, employment records, etc. which detail what somebody wrote that may or may not be the truth, it can be introduced and used against you.

Here are some ways to protect yourself from getting an emergency suspension.

I know this all sounds scary but the adage of “an ounce of prevention is worth a pound of cure” is absolutely correct.  Just do the right thing to protect your license.